At the time of publication, we have a number of watches featured in this catalogue available for purchase from this site.

This catalogue – featuring just two Grand Seikos – is the earliest that we have been able to track down. The scan provided originates from a photocopy of the original catalogue  – that photocopy is held in the reference library of the Seiko Museum in Tokyo. The museum do not appear to have an original copy of the catalogue itself.

The two watches shown are both from the 57GS series, which was the only series available at this time. 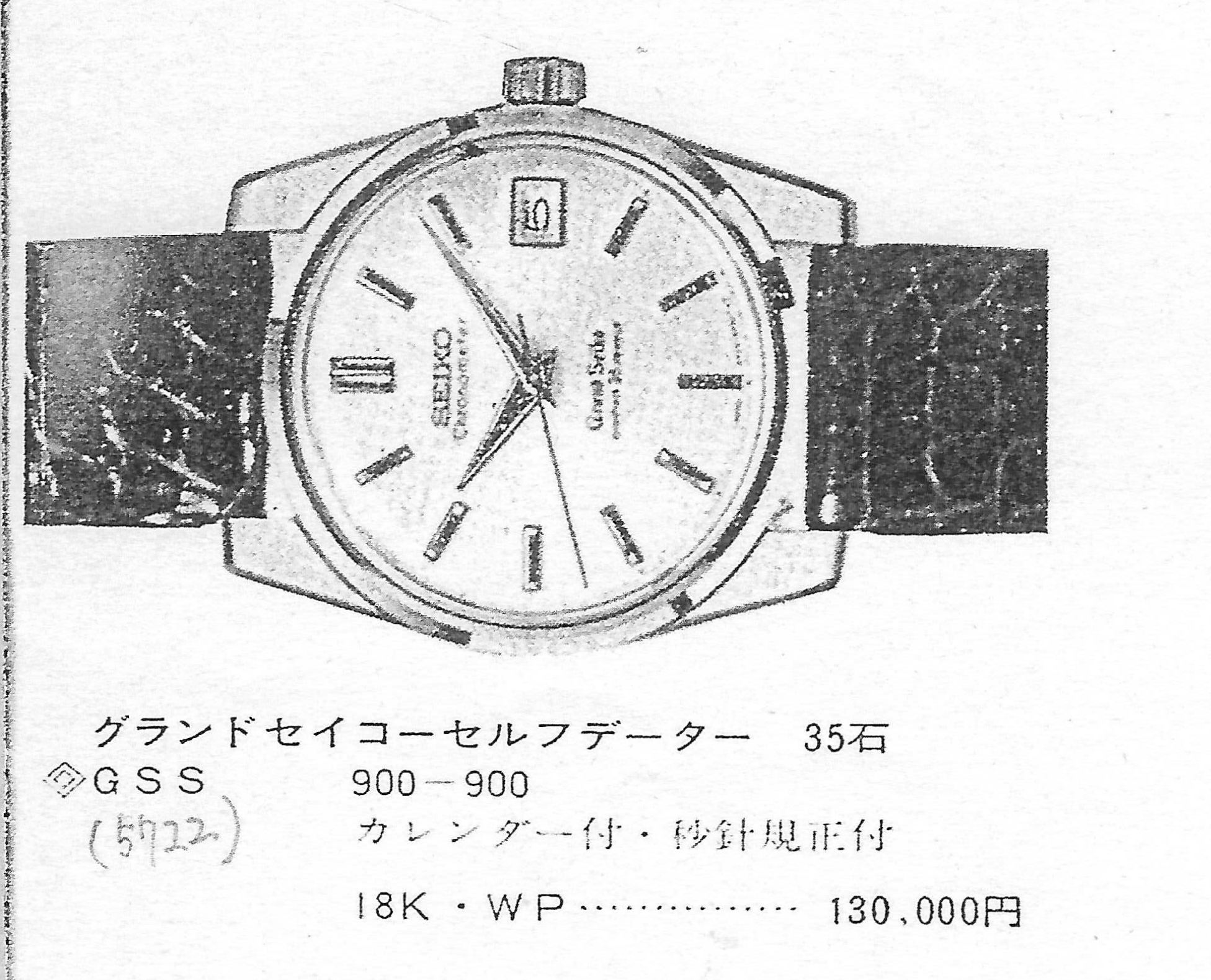 The first watch featured represents the 18 karat gold cased version of the 57GS series – the 5722-9000. We believe that there were actually no fewer than three different variants of this watch, although none that look like exactly like this.

It is clear that the exact same photograph has been used to portray both watches featured in the catalogue – something that is obvious when you look carefully at the highlights on the watch band – they are identical.

The first version of the 18k cased 57GS followed the dial layout of the 43999 steel cased watch – that means they have the “Chronometer” branding under “SEIKO”, and the Grand Seiko text in gothic font in the bottom half of the dial above the text “Diashock 35 Jewels”. However, the text to the left of the 6 o’clock marker on the first version reads “Made in Japan”, and not just “Japan”, which is what we see here.

To the best of our knowledge, this is the only appearance of the 18K 57GS to be found in a Seiko catalogue.

The second and final reference to be featured in this catalogue is the Grand Seiko 5722-9990.

We can identify that it is this specific reference from the 57GS series by the dial layout – the relative length of the text at the bottom of the dial either side of the 6 o’clock index is how it can be identified. The earlier 43999 reference, whilst having the same Chronometer and gothic Grand Seiko branding dial layout as the 5722-9990 has the text “Made in Japan” to the left of the 6 o’clock index. On this watch, it only states “Japan”.

In the gallery below we present a scan of the single page from the Seiko 1966 volume 1 catalogue that features Grand Seiko reference.