At the time of publication, we have a number of watches featured in this catalogue available for purchase from this site.

From the late 1960’s onwards, Seiko would publish two main catalogues each year that were distributed to retailers. These catalogues detailed the full range of product on offer, providing a photo of every watch, along with a brief description and salient details including the price, case material, and other basic information.

In addition to the half-yearly catalogues (originally titled “No.1” and “No. 2”, but later changed to “Volume 1” and “Volume 2”), towards the end of the year a supplement to the second catalogue would be published.

In this article we take a look at the watches included in the 1969 No. 2 catalogue. 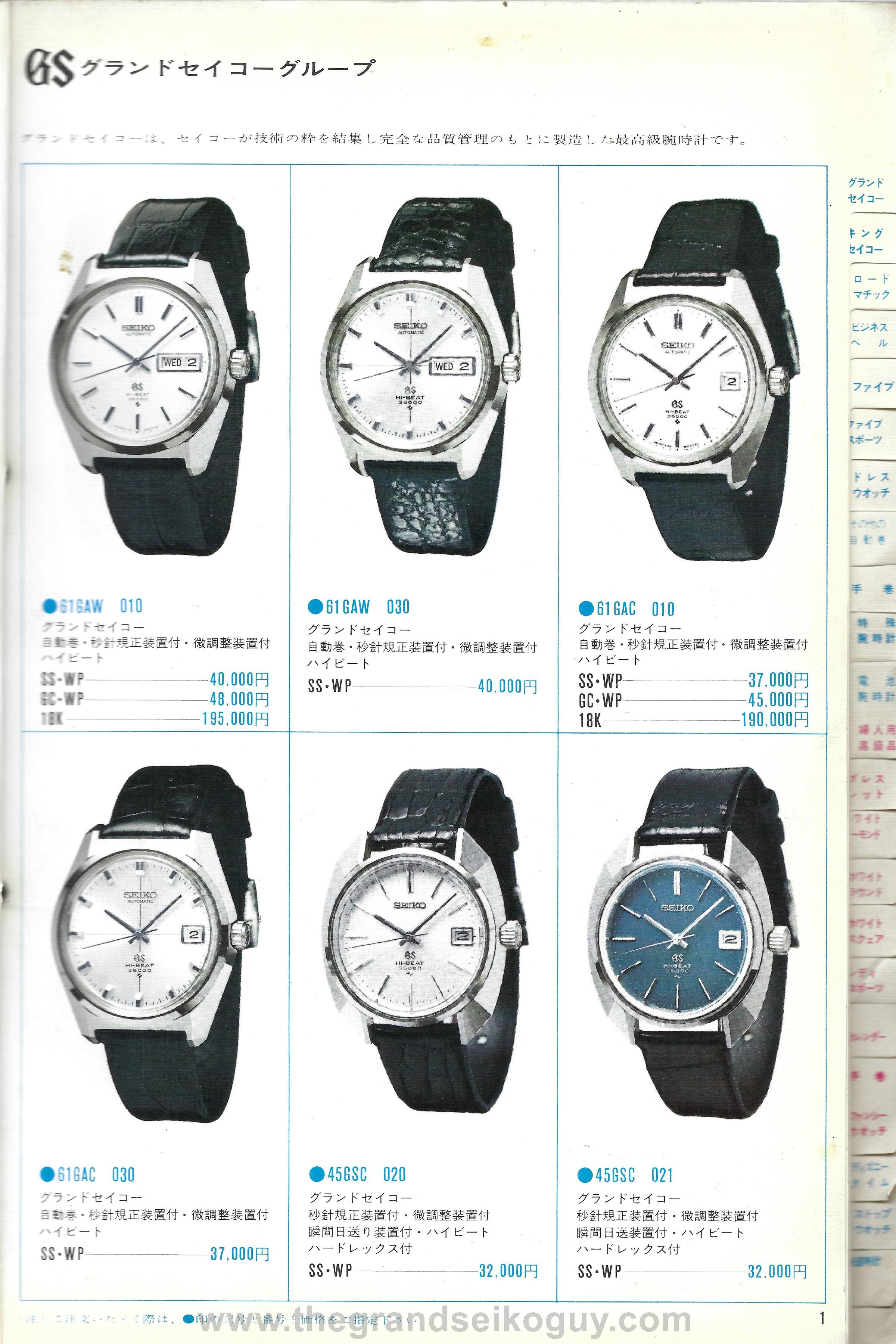 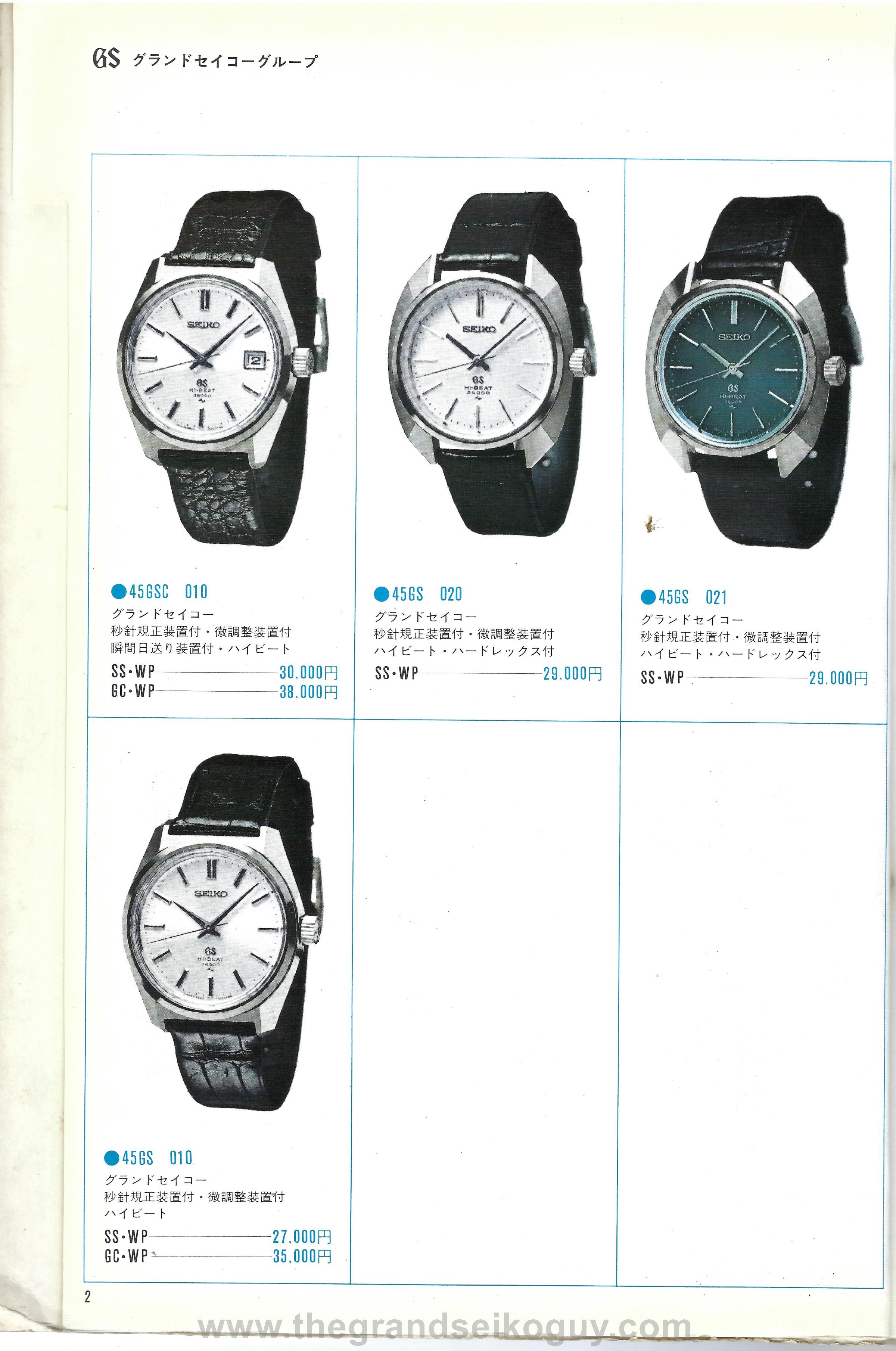 For the first time in a Seiko catalogue, the Grand Seiko range runs over two pages. A total of 16 references are detailed – the 10 that appeared in 1969’s first volume, along with 6 newly introduced ones – with prices ranging from 27,000 Yen all the way up to 195,000 Yen.

The first four watches that are pictured in the on page 1 are the same as found in the previous catalogue, but in addition to the the 6146-8000 and 6145-8000 being available in steel and cap gold cases, we see newly introduced solid 18K gold references. This is actually not the first time a solid 18K gold cased Grand Seiko featured in a catalogue – that honour falls to the 5722-9000 that appeared in volume 1 of the 1966 catalalogue.

The 4520- and 4522-8000 references in stainless steel and cap gold cases that completed the Grand Seiko range featured in the 1969 volume 1 catalogue are relegated to page two of the volume 2 catalogue in order that some newly introduced references can be prominently featured on the first page.

These newly introduced references are the 4522-7000 in both white and blue dials. 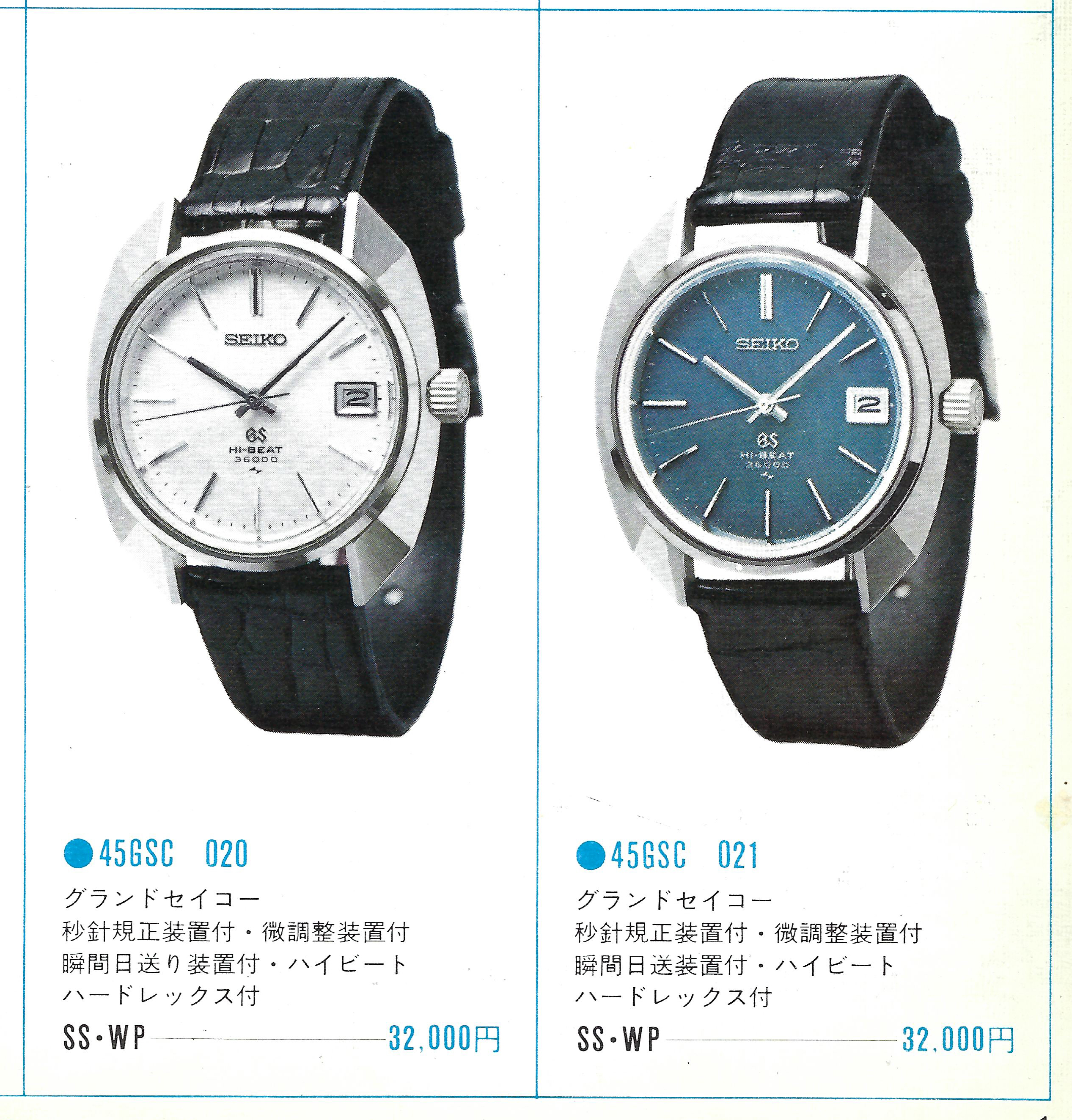 These references represent the first of many vintage Grand Seikos to be introduced over the coming years that would move away radically from the rather staid and traditional designs that we have seen in the range to date.

Not only was the case design of these references, with its dramatically faceted profile, a big step forward, but it was also the first time that a vintage Grand Seiko featured a coloured dial.

These days it is interesting to note that it is exceedingly rare to come across a blue dialed vintage Grand Seiko that retains its original colour. In almost all instances, the blue pigment has faded away leaving the dials looking almost black. 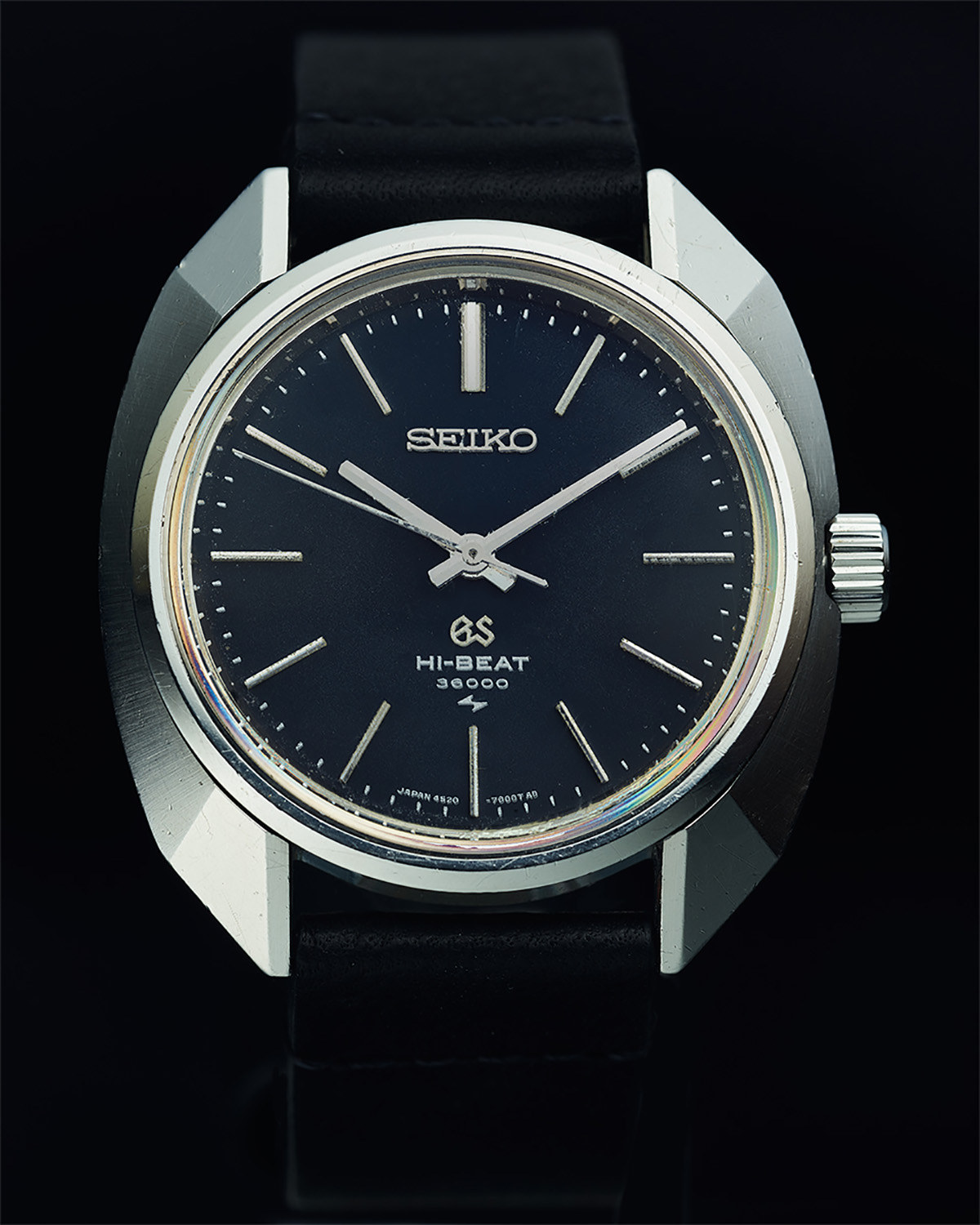 Above is pictured a 4520-7000 from our stock where you can clearly see change in colour that has occurred over the last 50 or so years since the watch was produced.

The watch pictured above is of course the no-date variant of the watches found on page one, and it is featured alongside its white dialed variant on the second page of the catalogue. 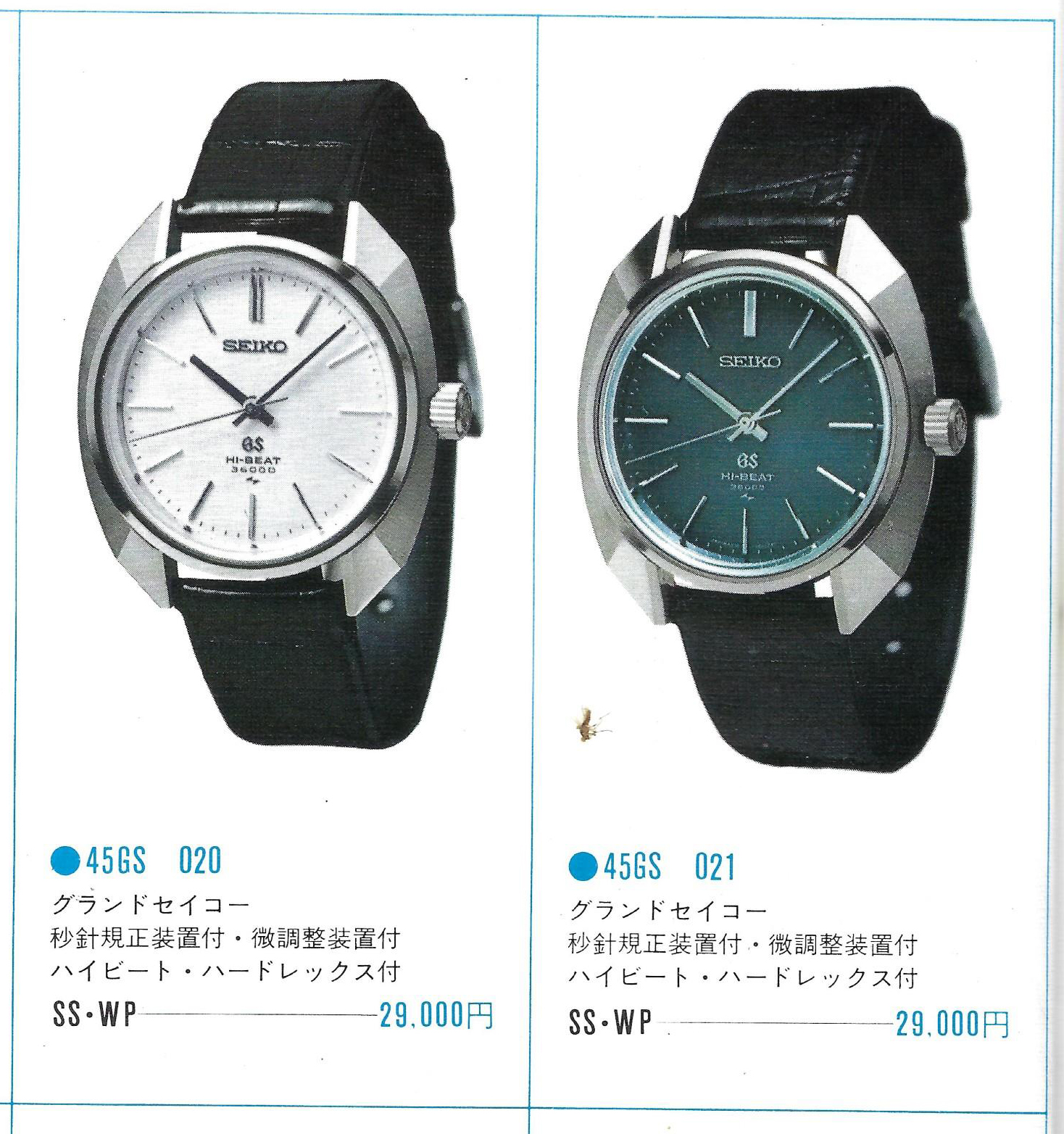 And that basically wraps it up for this catalogue. Once again we see consistency in the dial layout of all the featured watches, and with watches from just the 45GS and 61GS series, all references have 36,000 bph movements.

In the gallery below we present scans of the front page and pages one and two of the Seiko 1969 catalogue volume 2. 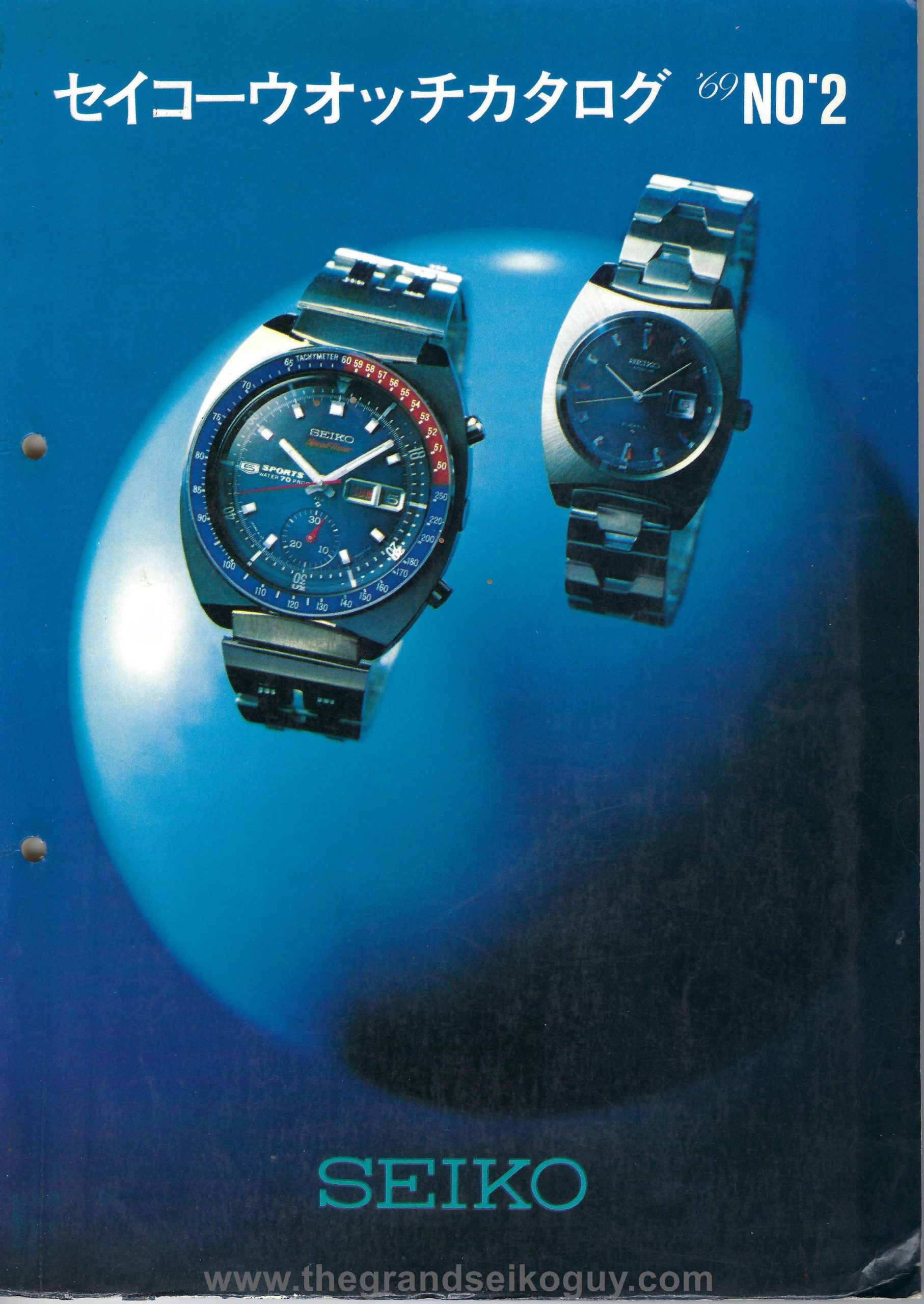 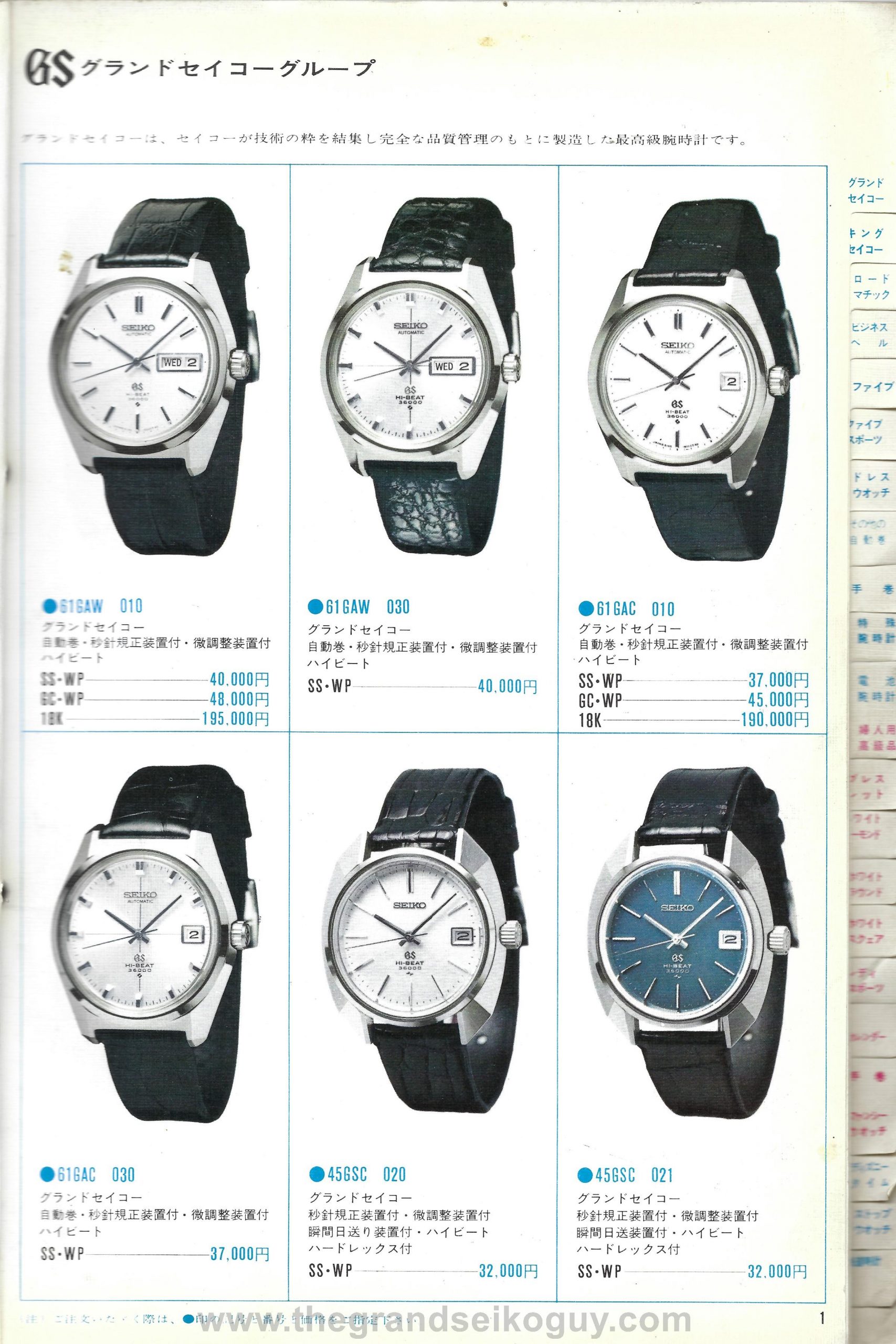 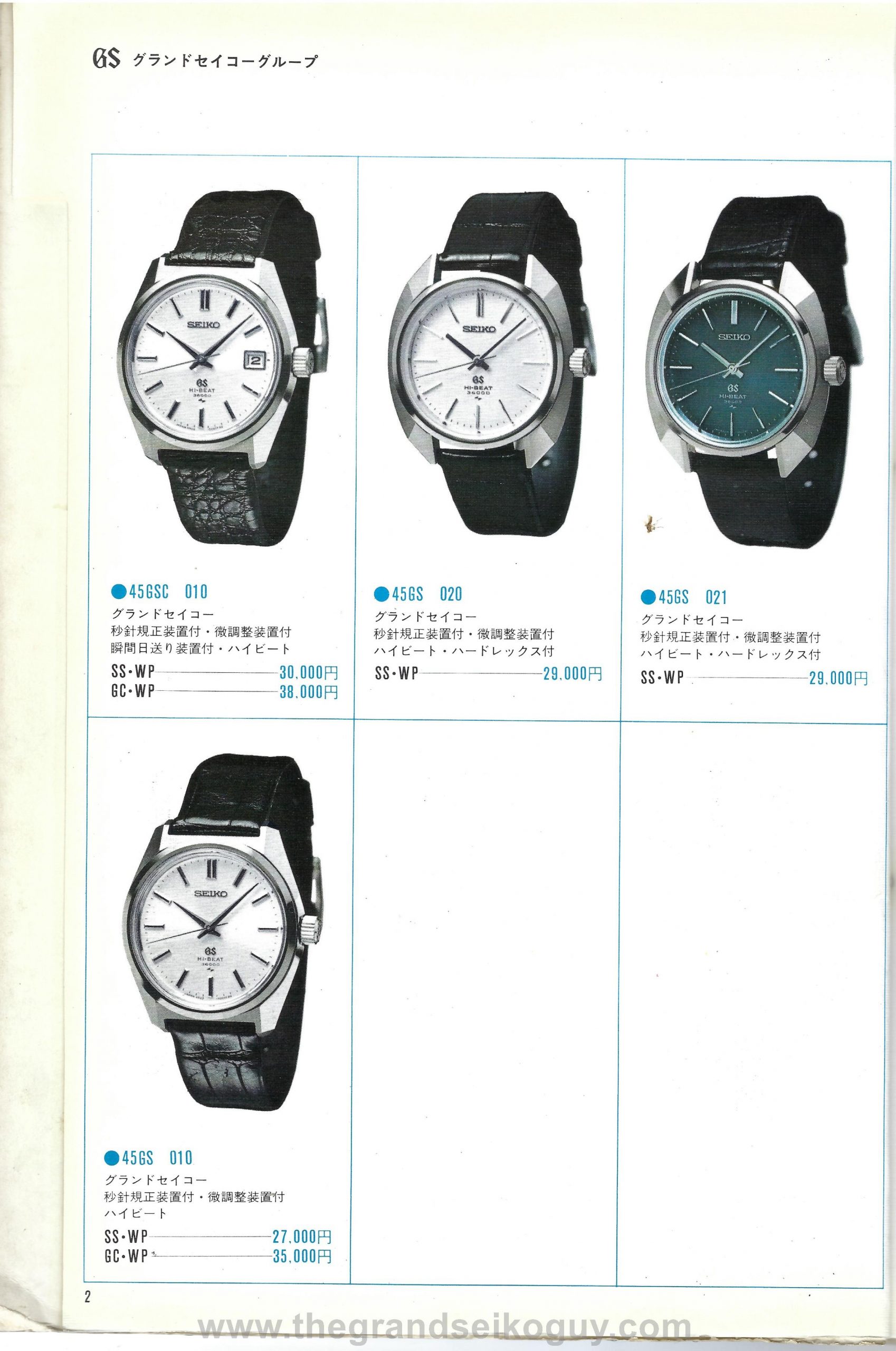