One of the enduring mysteries of the vintage Grand Seiko range has been that of the blue dialed 5645- and 5646-8000 references.

At the time of purchasing these watches, I didn’t have any examples of catalogues featuring the reference. However, I didn’t have any doubts as to the authenticity of the watches as they were fairly common in the market, although many by now had lost their original bracelet and would be presented on replacement leather straps.

Some time later I finally managed to get hold of a copy of the very rare Seiko catalogue from 1972, which was the only catalogue to feature these references. To my surprise, the grey dial watch did not appear in the catalogue. Instead, next to the white dialed examples was pictured a watch with what was very clearly a blue dial. 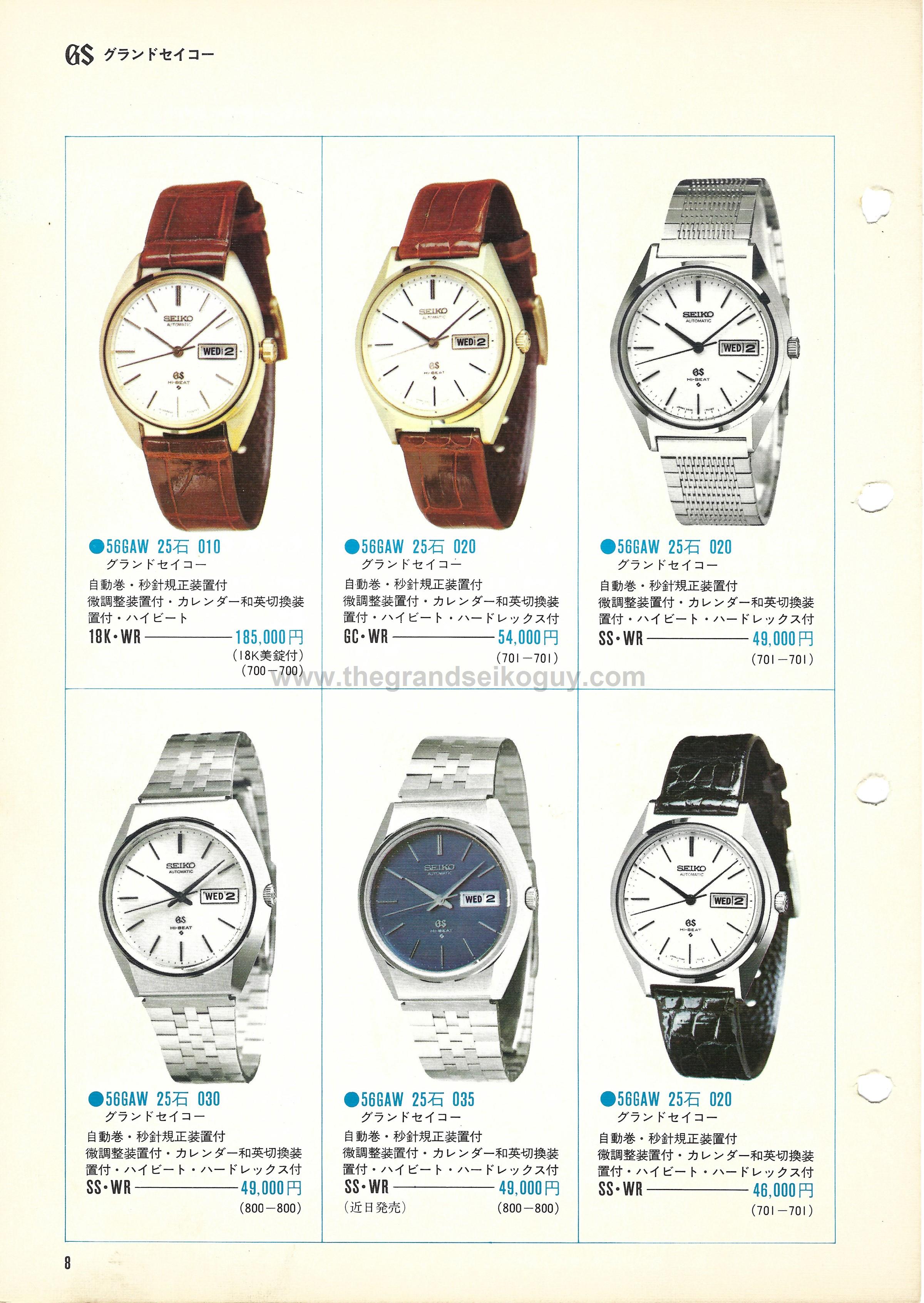 Having seen literally dozens of examples of the grey-dialed watches, but not a single example of the blue-dialed one that was featured in the catalogue, I couldn’t help pondering on two rather obvious questions.

Why had I never seen an example of the watches with blue dials – where had they all disappeared to?

An alternative explanation could be that the blue-dialed watches were released, but that over time their dials faded to grey. This seemed to be the more likely scenario, not least because this fading, or de-saturation, of blue dialed vintage Grand Seikos wasn’t limited to the 5645/6-8000. In fact, pretty much every reference of a vintage Grand Seiko that originally came with a blue coloured dial has at least some of its colour when we compare examples available today with photographs in the original catalogues.

For many years now we have been on the look-out for an example of either the 5645-8000 or 5646-8000 whose dial had not completely faded from blue to grey, and finally we came across one, which is pictured here – 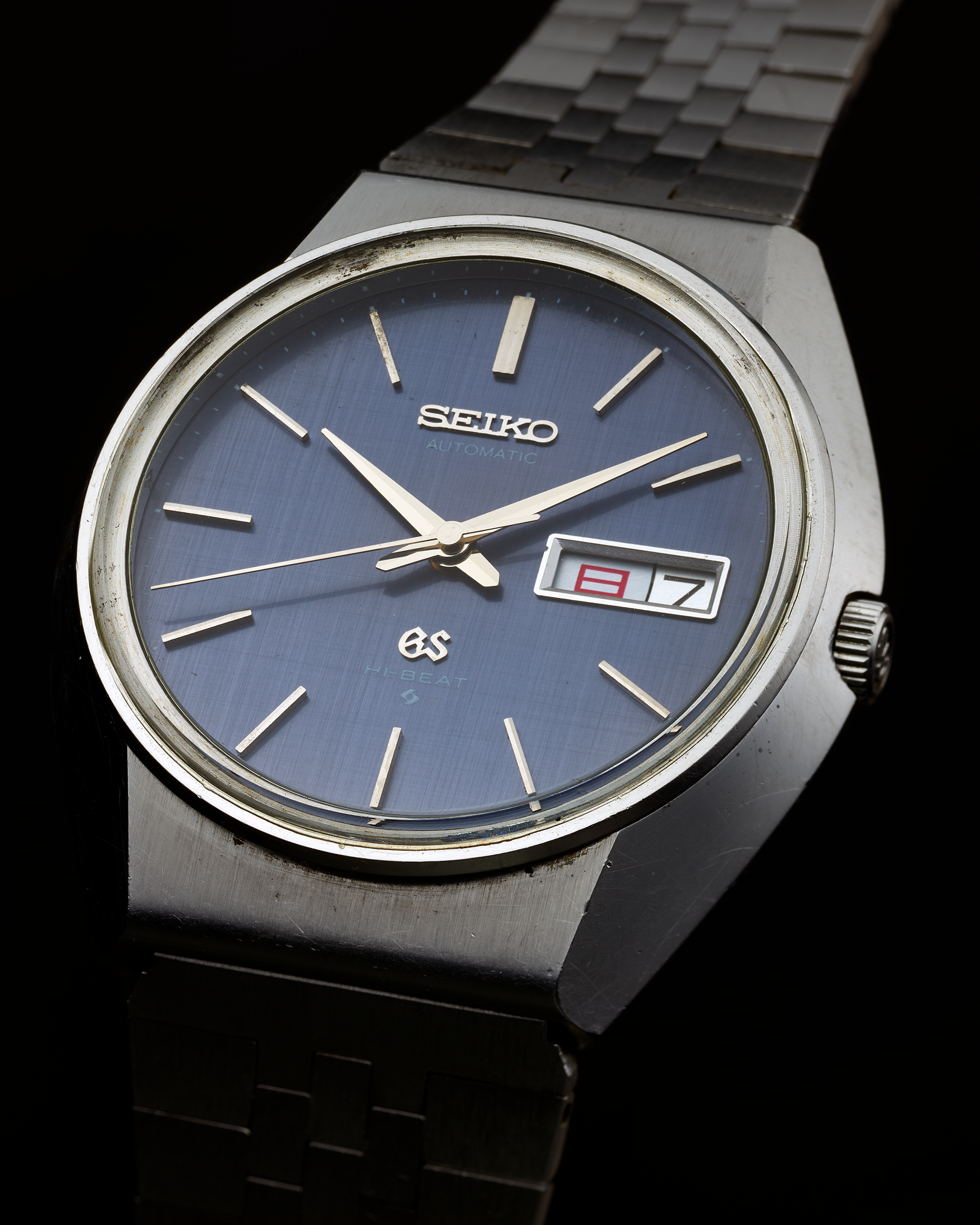 Whilst not as deep a blue as seen in the catalogue images, the dial of the watch pictured above clearly still retains some of its original blue tint.

We consider it to be a very important watch – not because it is necessarily any more valuable than a grey-dialed example – but because it is “the missing link” between what we see in the catalogues, and what we see in today’s market. Lacking any confirmation from Grand Seiko themselves as to what does and doesn’t exist, without an example such as this there could always be some nagging doubt that perhaps Seiko did actually cancel the planned release of the blue-dialed watches, and go on to manufacture grey dialed watches instead.

So that’s one more mystery regarding the vintage Grand Seiko era cleared up!

Quite why this particular watch hasn’t totally faded to grey like all the other examples we come across remains unknown. We can only speculate that perhaps it spent a considerable portion of its life secreted away from the sunlight and thus avoiding the UV radiation that is believed to cause the fading of the dial pigments.

The watch is available for purchase here.

One reply on “The Missing Link“