The monthly newsletters that Seiko distributed to their dealers are a vital source of information. They – along with the annual catalogues – not only provide evidence for what actually existed, but can also be a rich source of data about those watches.

From the very first mention of Grand Seiko in the March 1961 newsletter, to what we believe to be the very last appearance of the brand in the December 1972 newsletter, every issue has been checked thoroughly. Where a vintage Grand Seiko reference has been featured, all the pertinent data regarding that reference (such as model number, dial code, catalogue code, whether it came on a strap or a bracelet, retail price, etc etc) has been added to a database, and much of that data is presented alongside every watch featured on the website under the “Additional Information” tab. (Obviously some information – such as the detailed case measurements we provide – can only be gained from having the watch in hand.)

Having researched all the official Seiko publications, there are naturally some that really do stand out. One of those is of course the March 1961 issue of Seiko News that introduced the Grand Seiko to the dealer network.

A couple of things to take note of from this publications. Firstly, the cover page features the very early version of the box that was used for the reference – these boxes are incredibly rare (in fact, we have never seen one!). Secondly, have a close look at the crowns on the different images of the watch that are featured in this issues – you will note that there are at least two different crowns shown, neither of which is the commonly accepted “correct” crown for this reference.

We have an extensive selection of Grand Seiko “First” references available – without doubt the biggest selection available anywhere in the world – covering all the major dial variations (Printed, Carved, Raised, and AD), which you can view here.

Below is a gallery of every page in the issue, and we hope you enjoy looking through it. 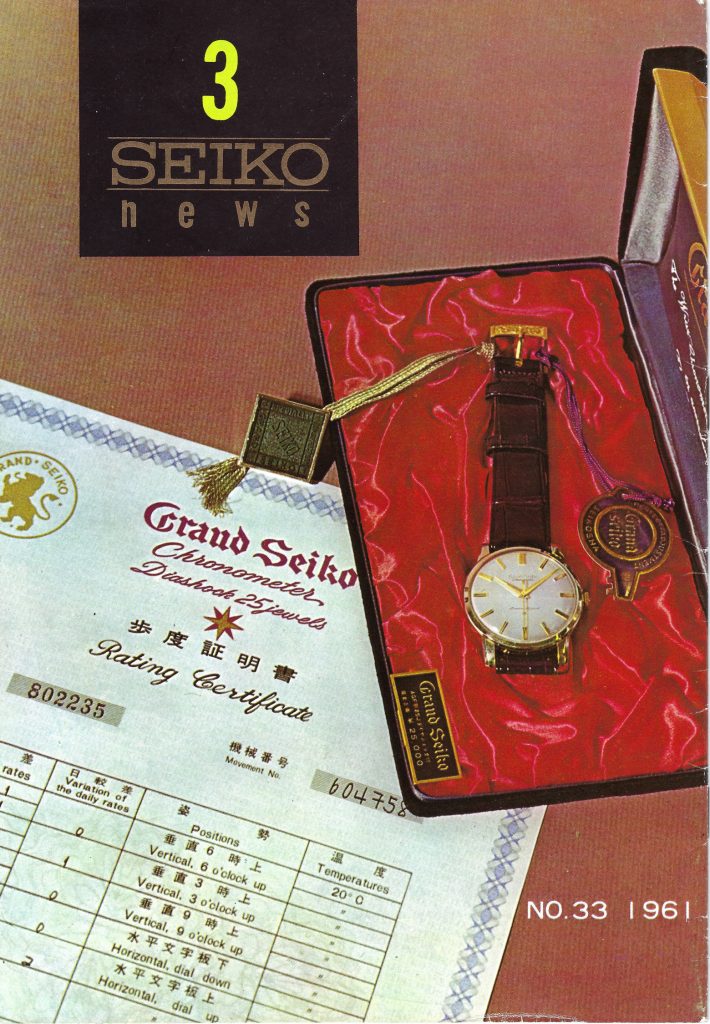 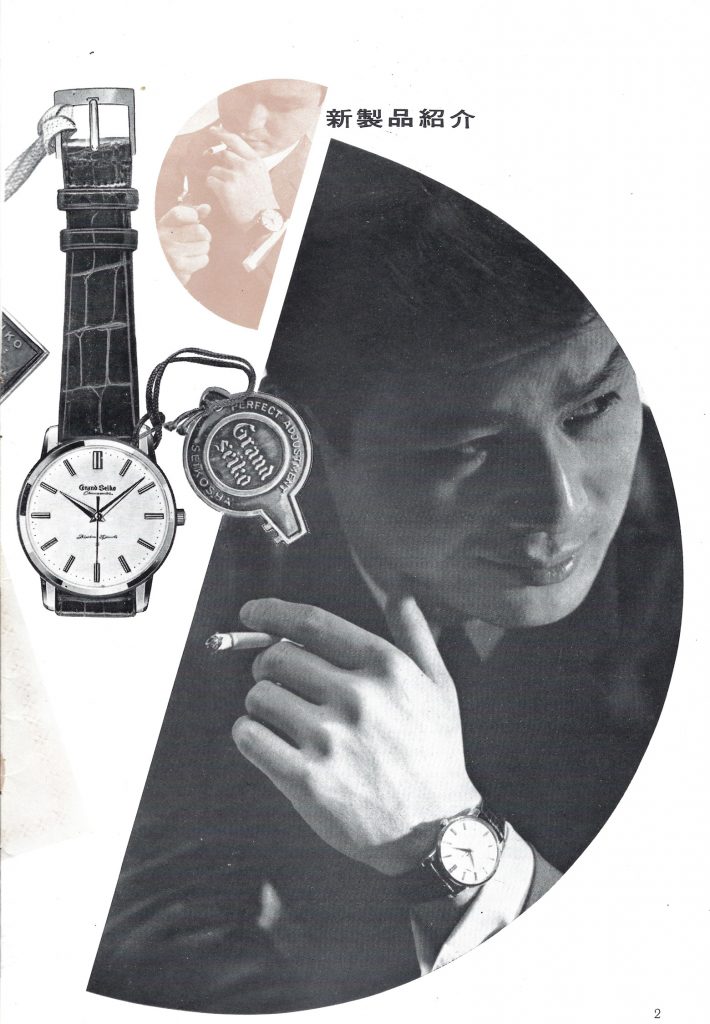 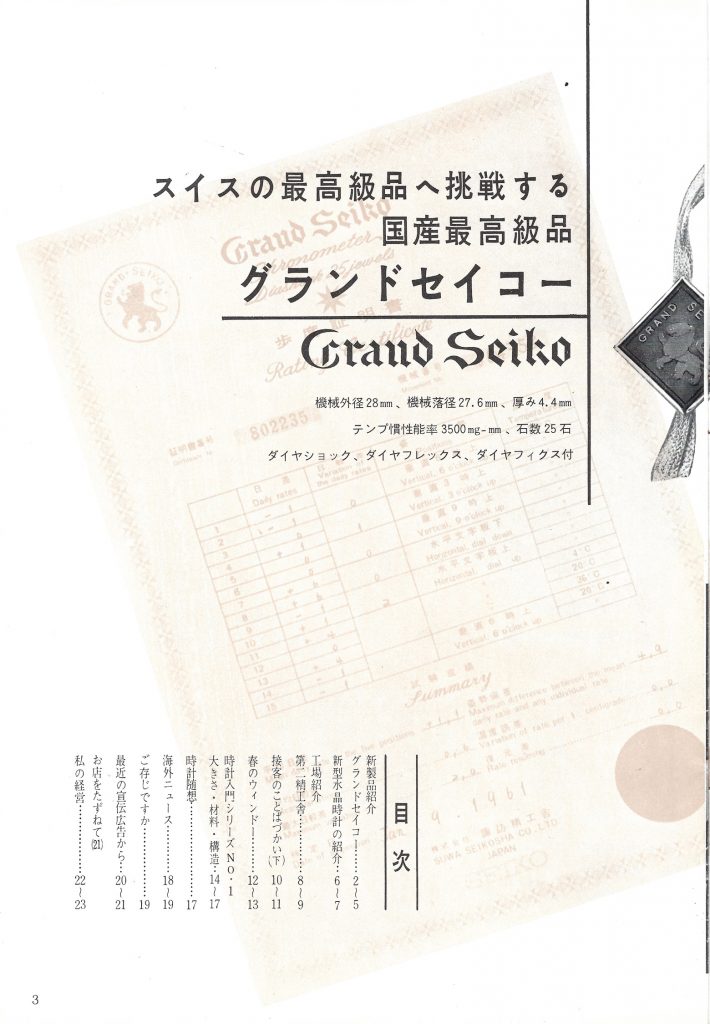 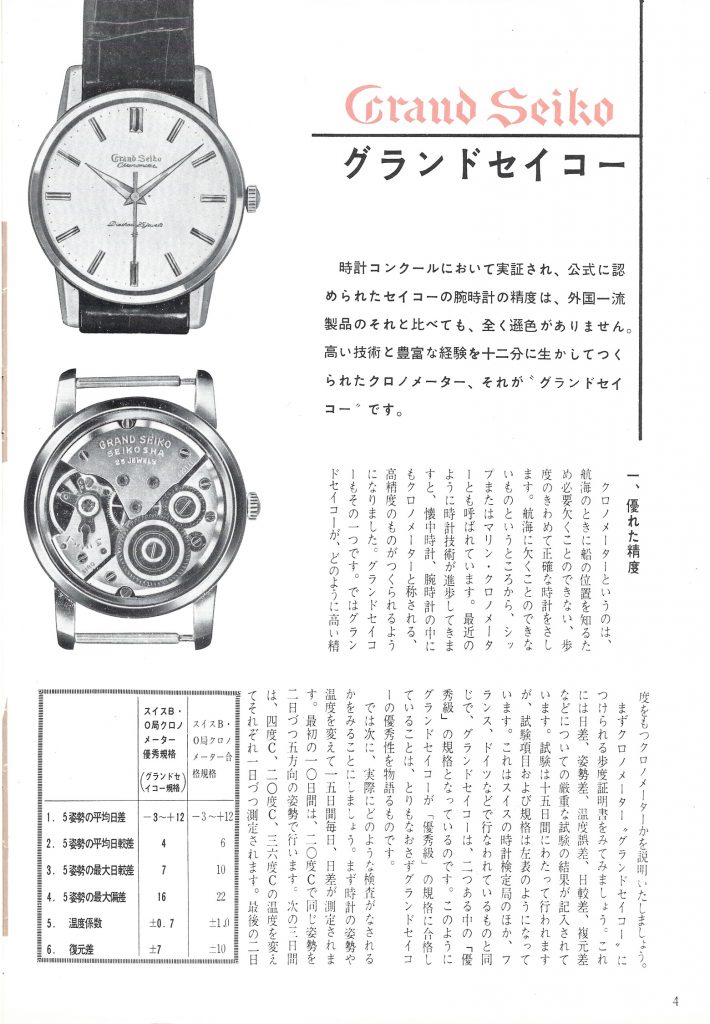 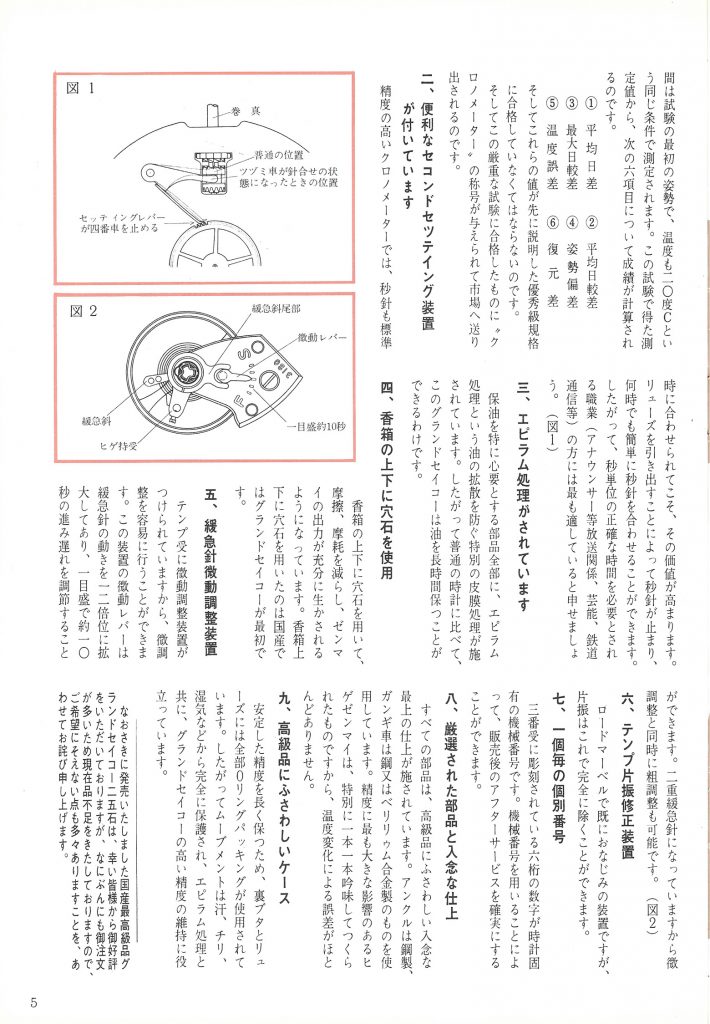 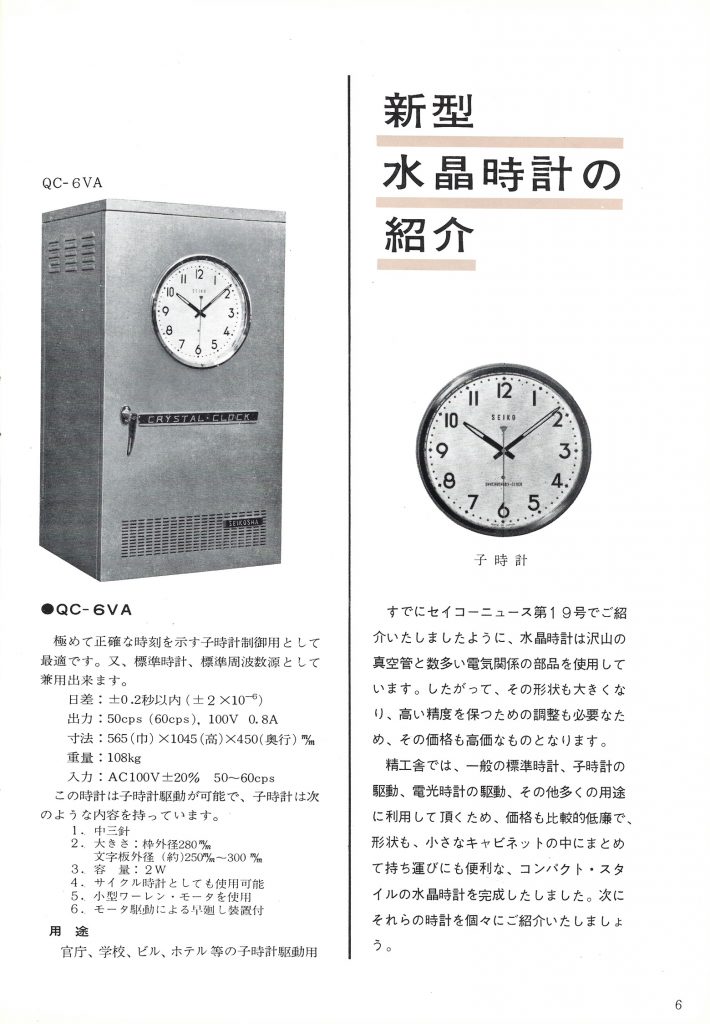 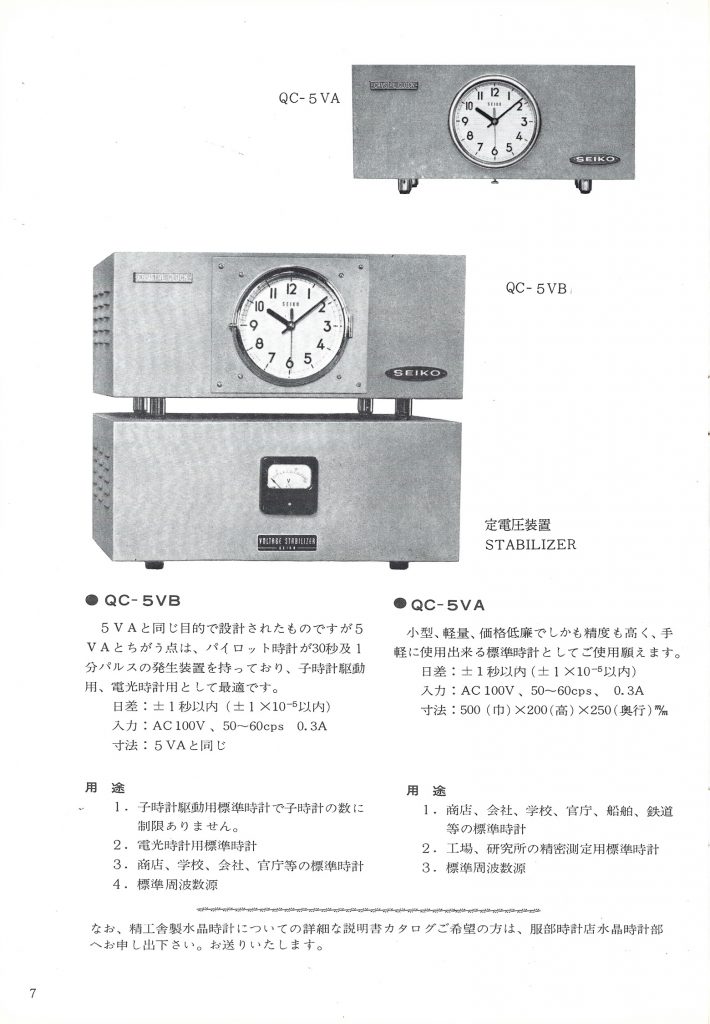 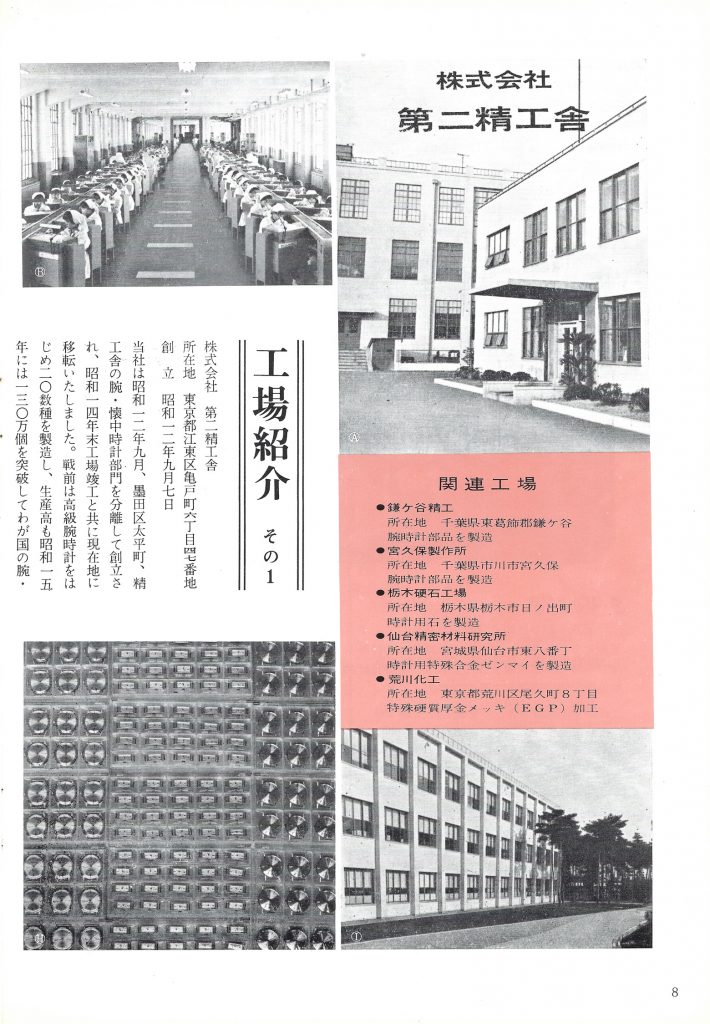 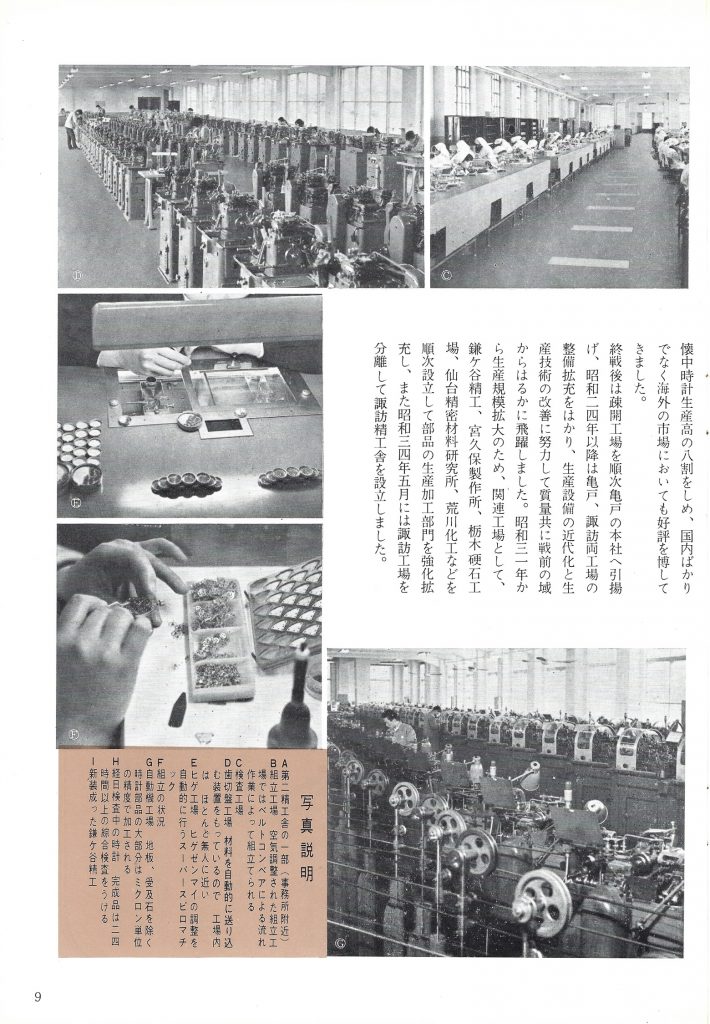 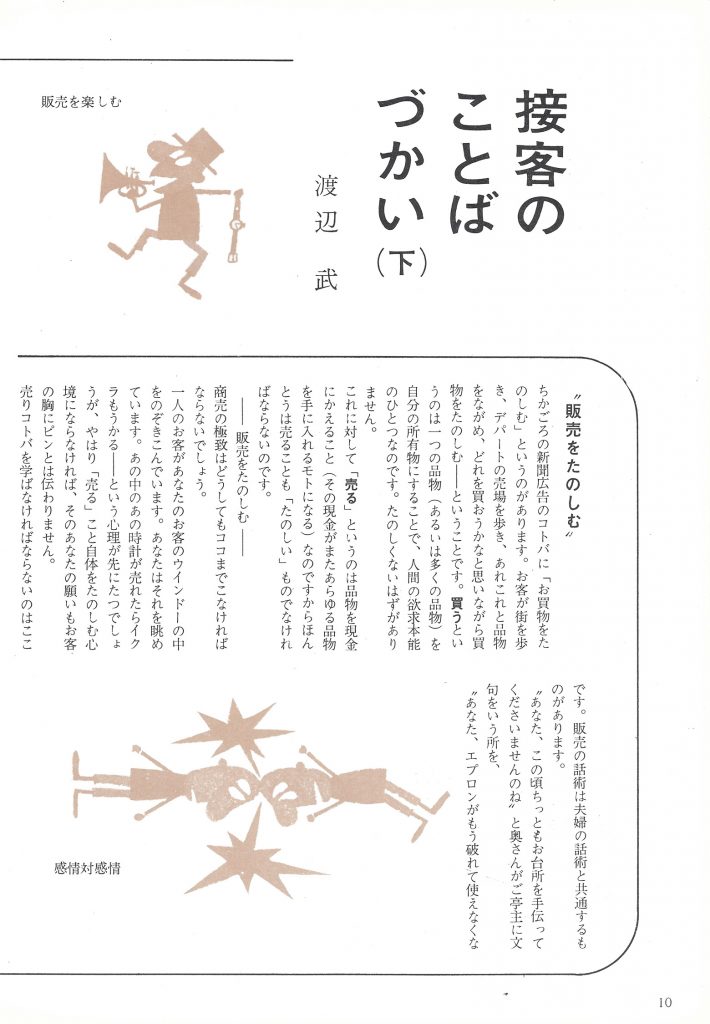 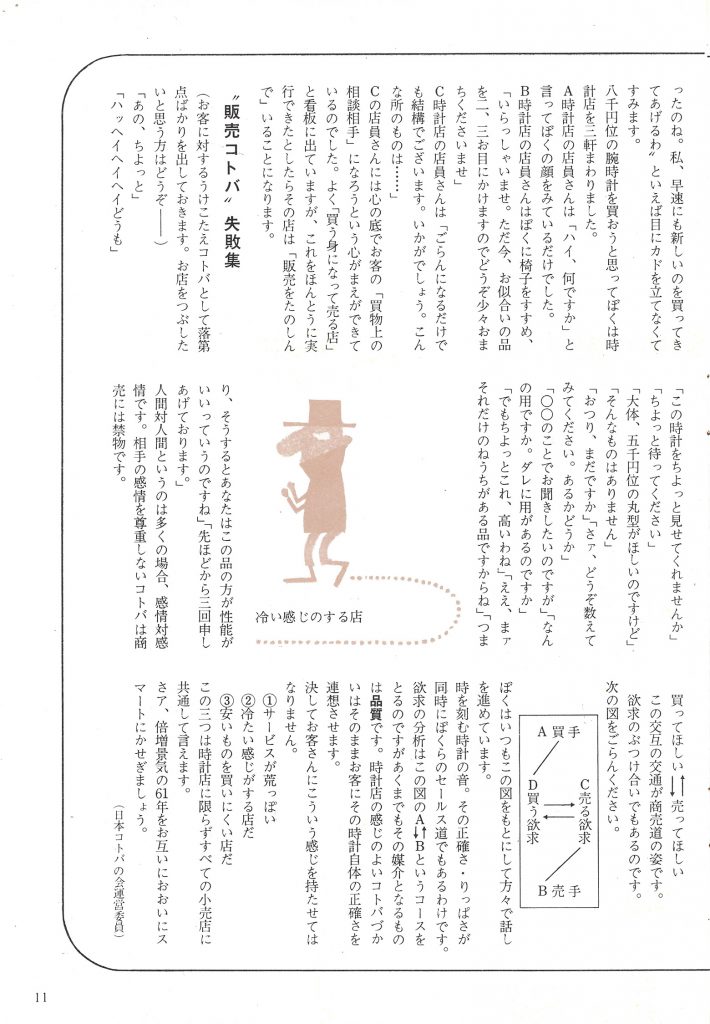 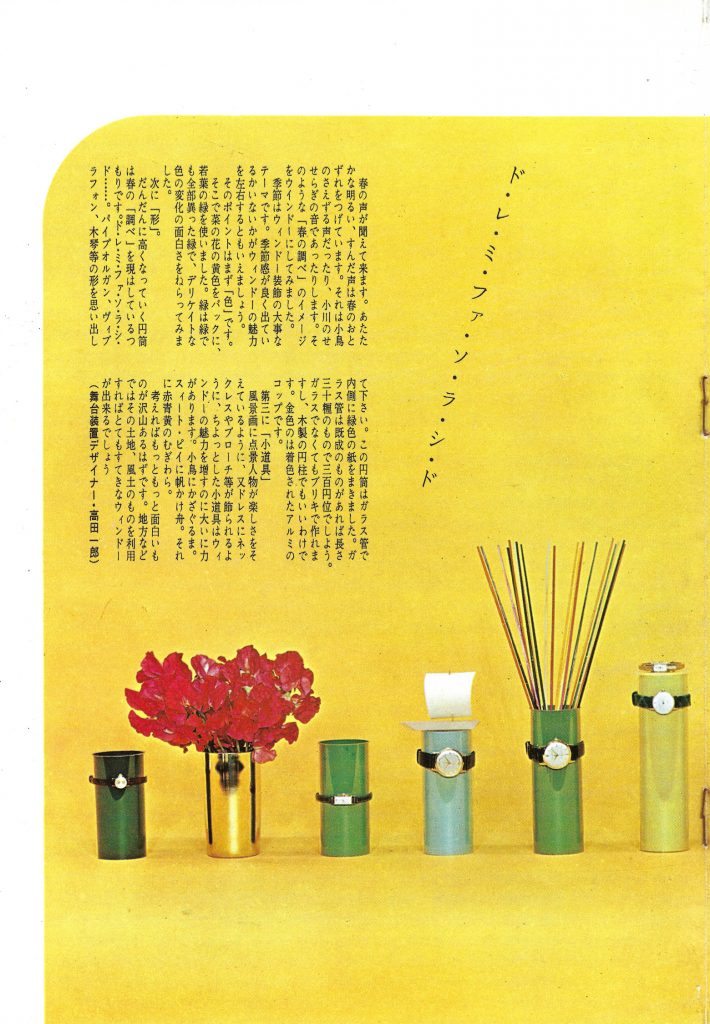 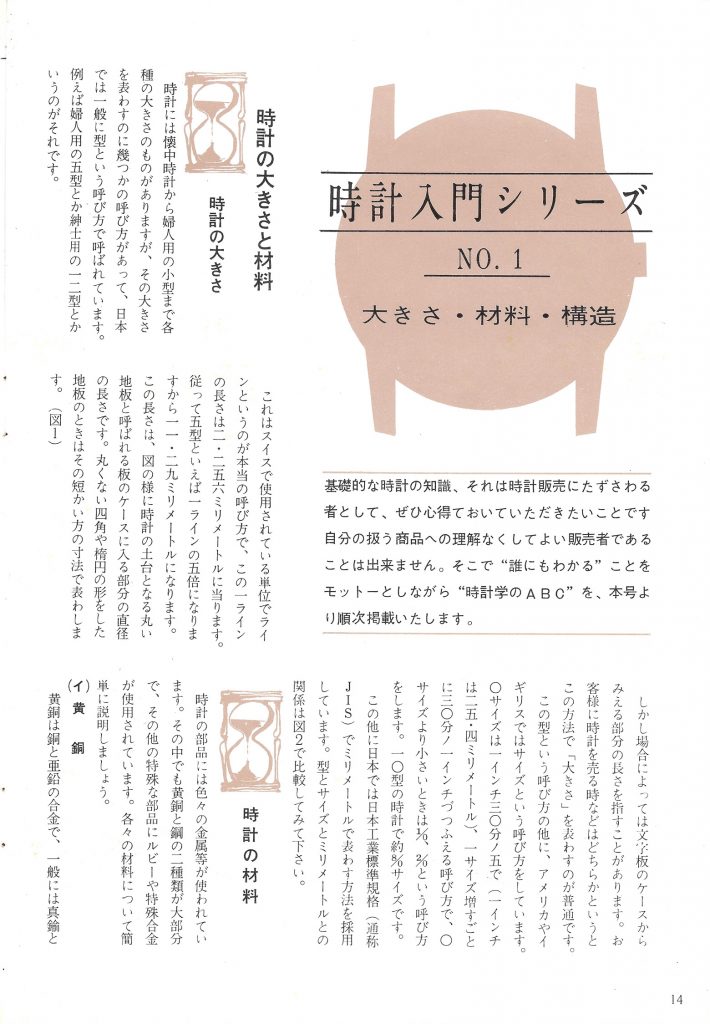 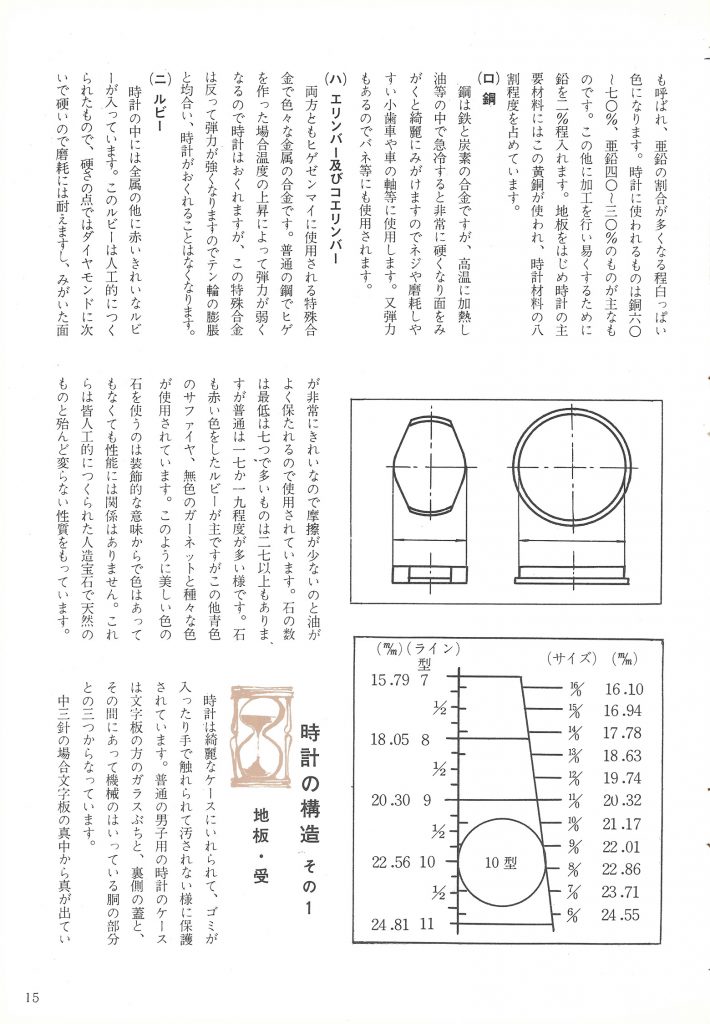 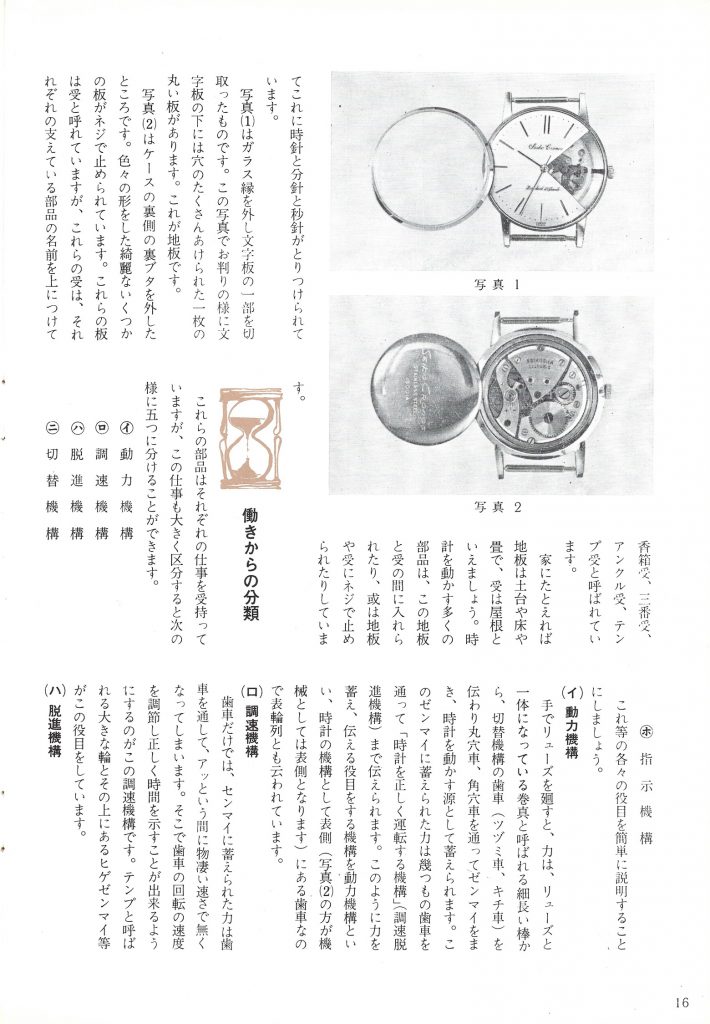 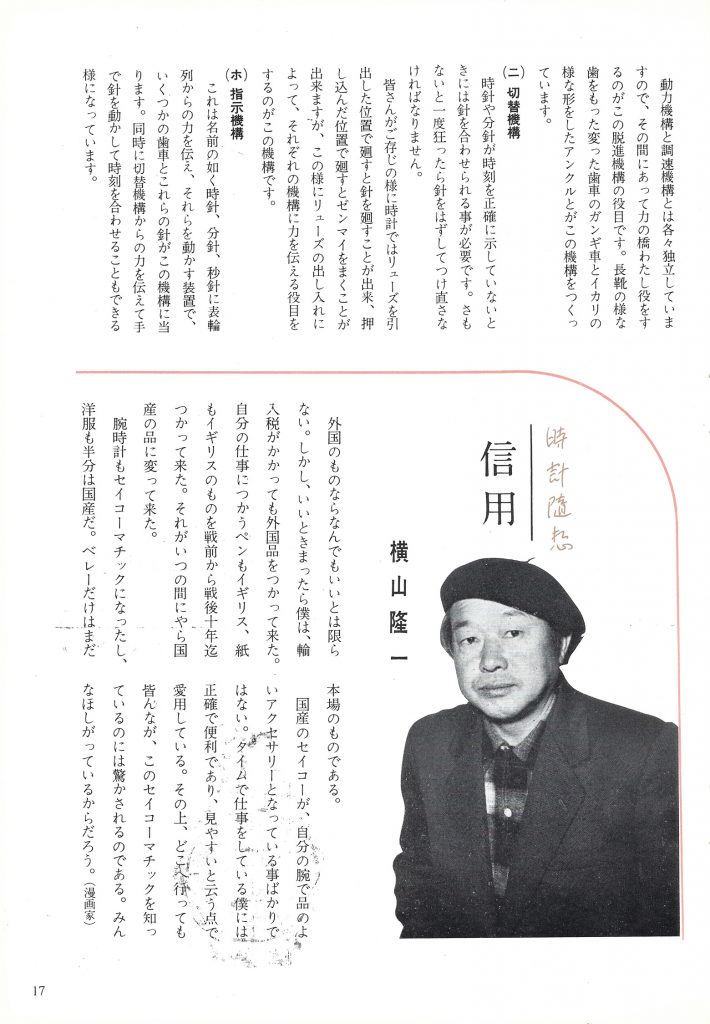 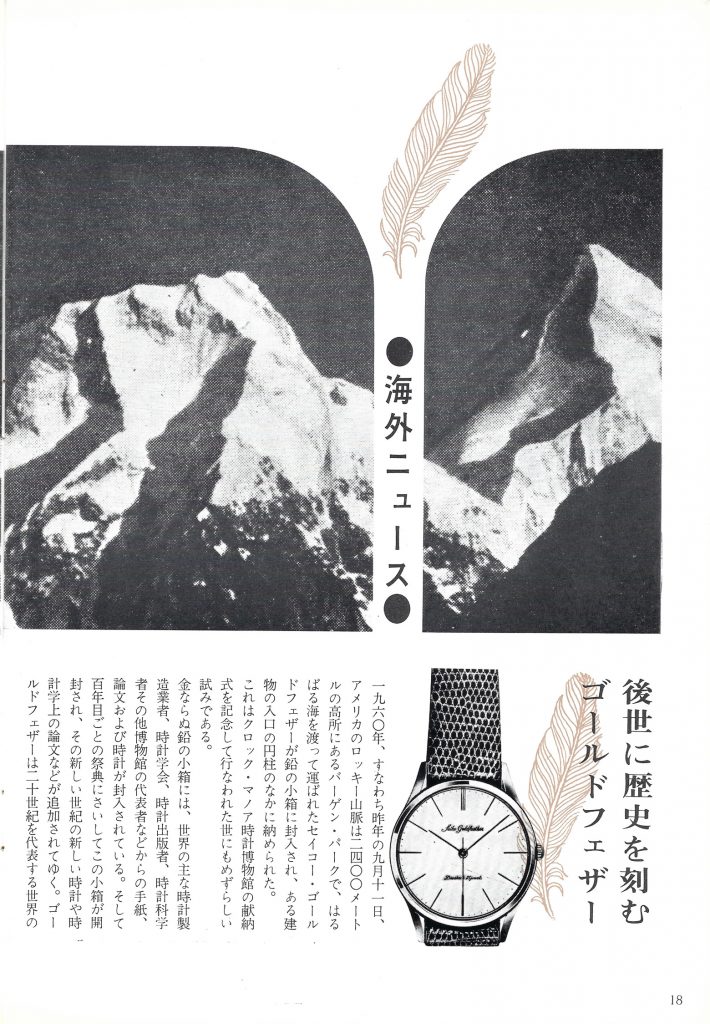 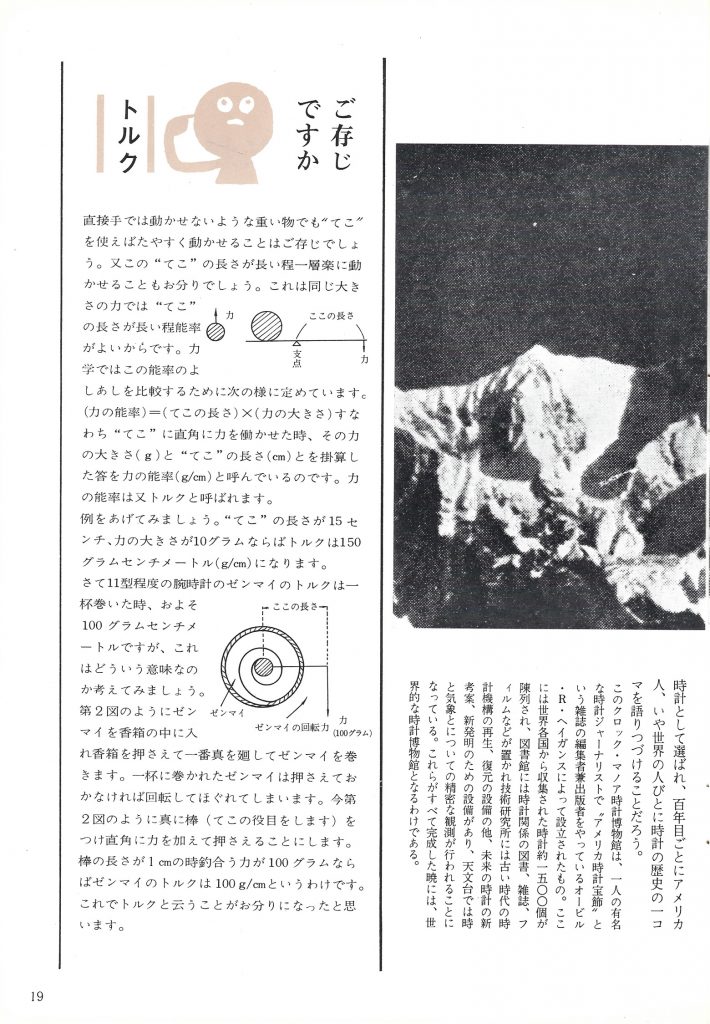 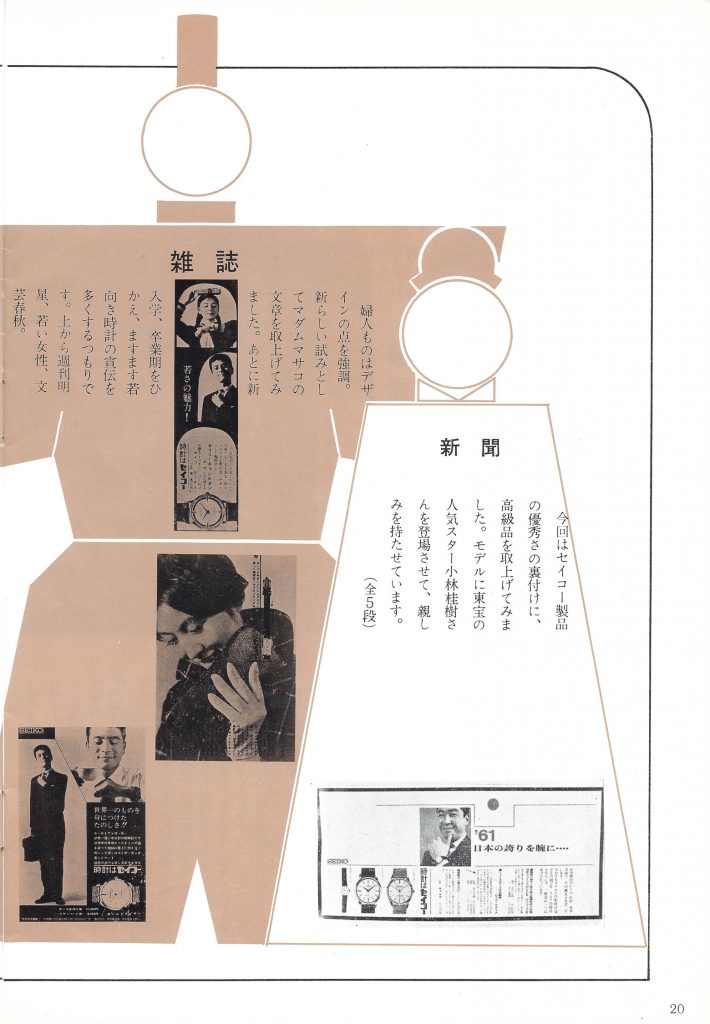 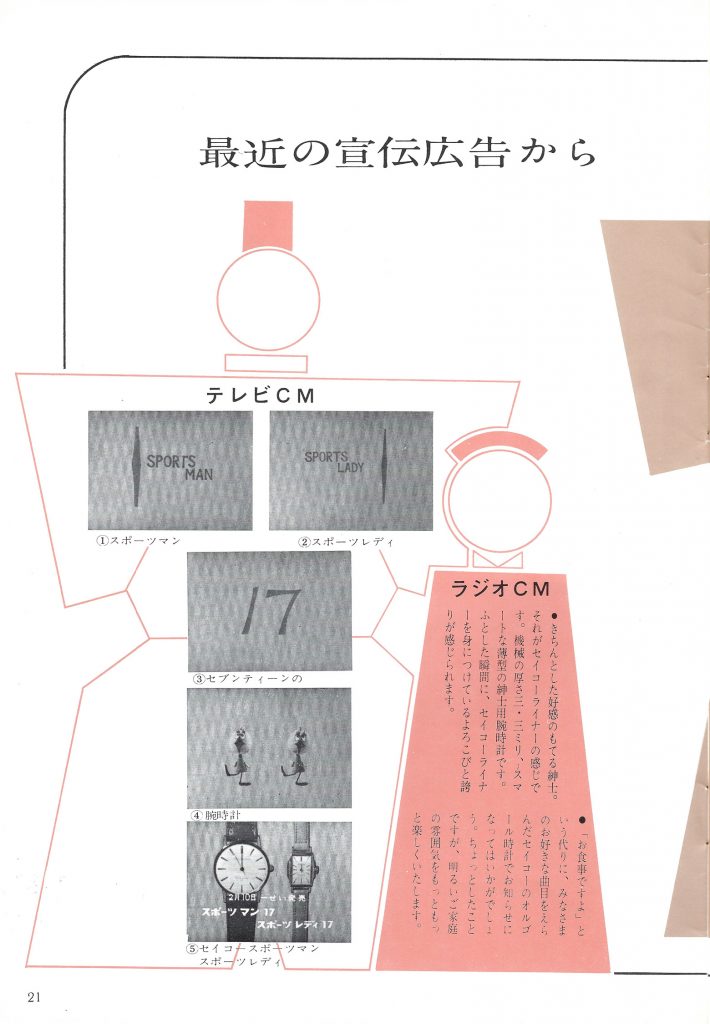 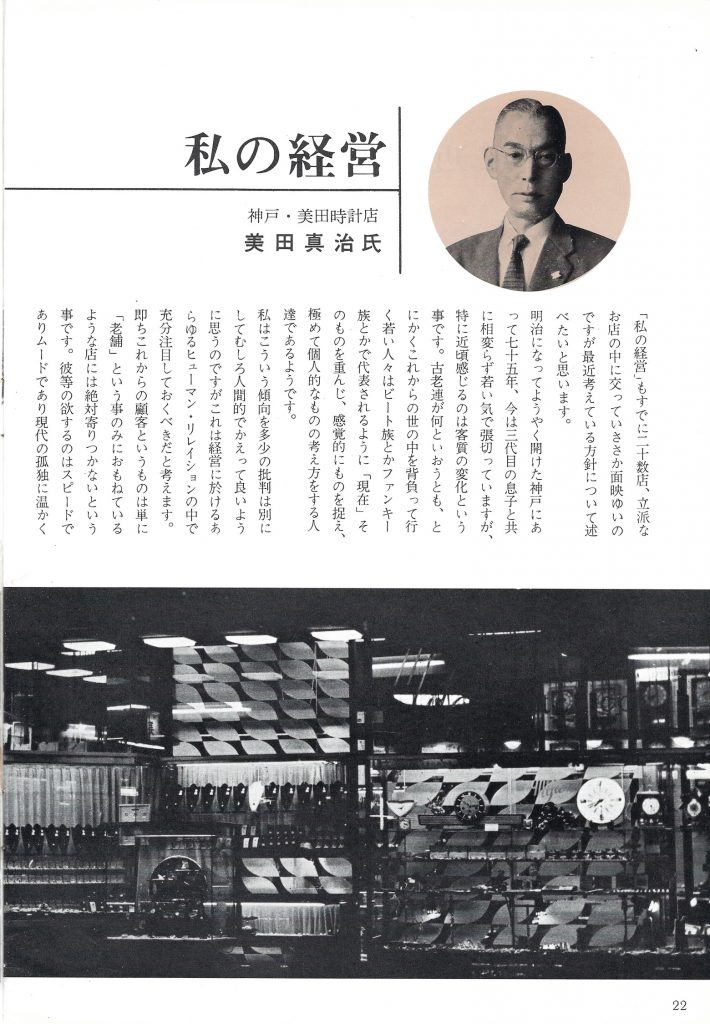 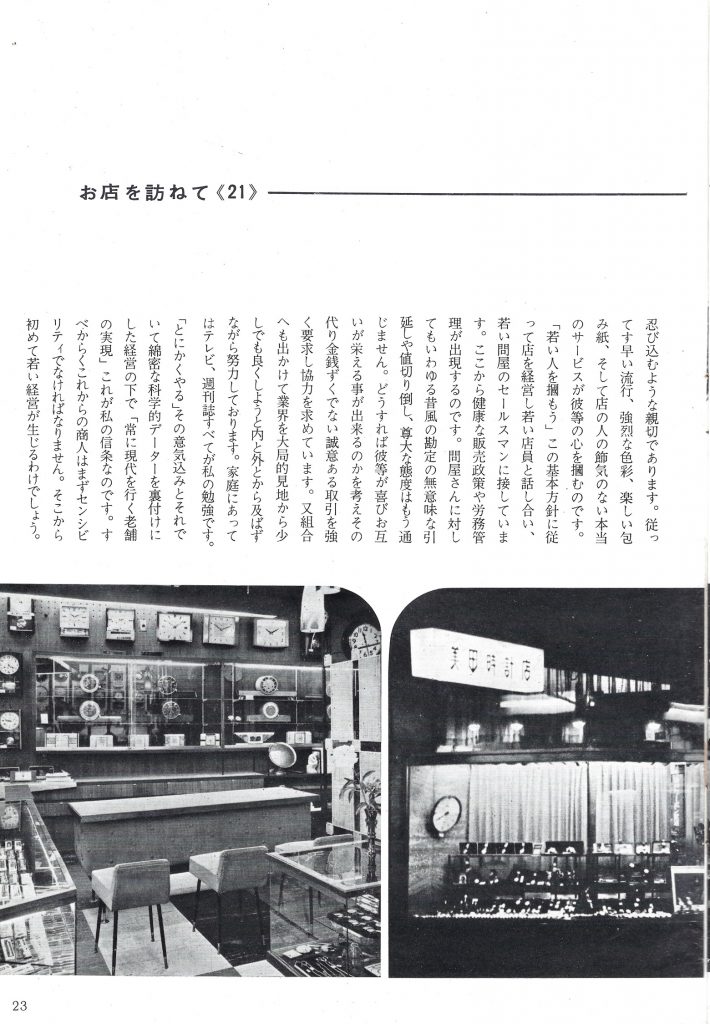 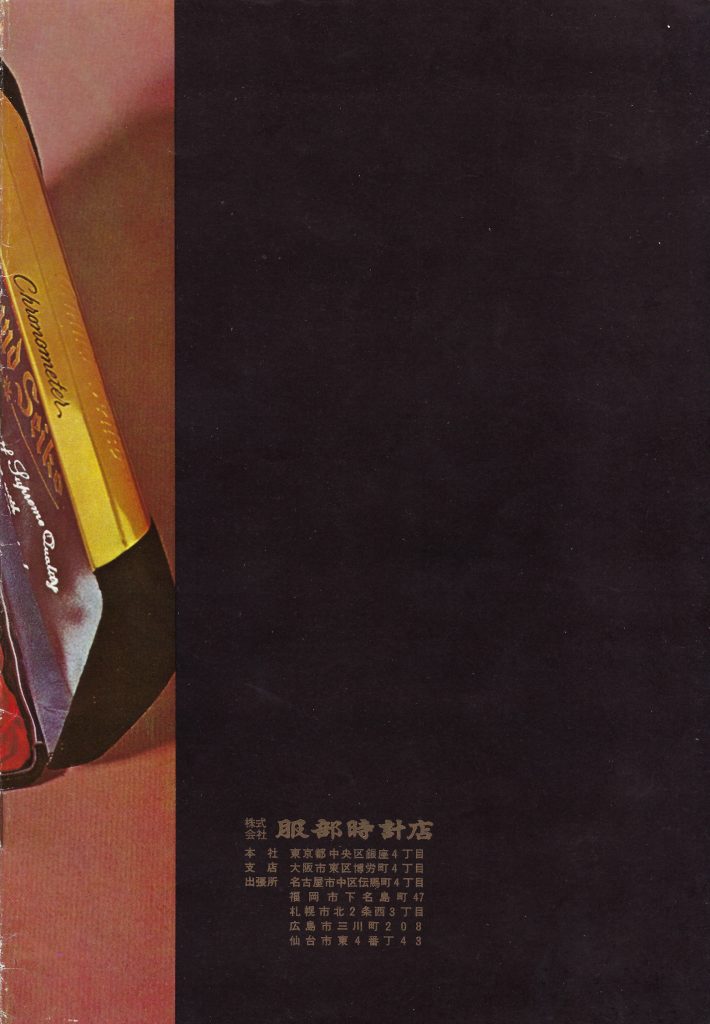